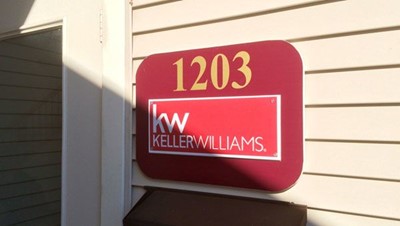 Wondering how to have your building follow the ADA signage requirements? Then this guide is for you!

The ADA was signed into law in 1990 to help protect Americans with disabilities by giving them access to the same resources as abled people. Since then, businesses have had to make changes to ensure they stay compliant with ADA laws and accessible to people with various disabilities.

One important part of these laws involves signage. The ADA signage requirements can seem confusing if you're not familiar with them, but it's important to follow them so you can effectively serve all your employees and customers, as well as avoid fines. Keep reading to make sure you're meeting all the ADA sign requirements.

What is the ADA?

ADA stands for the Americans with Disabilities Act. The law went into effect in July 1990 but was the culmination of many years of advocacy for and by people with disabilities. In 2011, the act was made federally enforceable by law.

From the online realm and telecommunications to physical spaces, these laws cover all different aspects of accessibility. Having the right signage is one important part of keeping your physical storefront ADA compliant. Let's take a look at what those requirements involve.

ADA signs are meant to be posted in a way that's easy to be touched by the blind. They also need to be conveniently placed so that people can see them when they need to.

One common misconception is that "ADA sign" means Braille sign. While Braille signage is an important part of ADA compliance, there's much more to it than that.

Not all signs have to be ADA compliant, though. Any sign you put up for marketing or advertising reasons, company name or logo signs, and temporary signs don't have to meet ADA requirements. The ADA signage requirements govern signs that tell people about rooms in a building or the functions of certain spaces, or that let people know about accessibility (such as the sign for a wheelchair-accessible bathroom).

ADA signage is important for a number of reasons.

First, ADA signs are required by law. If your business isn't compliant, you could face high fines or even eventual closure. However, ADA signs are also important because they're a crucial part of making all your customers and employees feel welcome.

Without ADA compliance, your building becomes less accessible or inaccessible to people with disabilities. This can cause you to lose them as customers and will also narrow the pool of people you can hire.

No matter what your business is, you should strive to make everyone who walks in the door feel welcome. ADA compliance is an important part of that. Making your building accessible improves life for both you as a business owner, by growing your business, and for your customers and employees, by making access possible.

ADA compliance also helps keep people safe. With ADA signs, people can easily find out the information they need to about the building. In the case of an emergency, there won't be any problems getting people to the exit since handicapped and other access points will be clearly marked.

These signs can also point out spaces where there's potential danger, so people won't enter them in the first place. Safety signs that are ADA compliant can easily be read and understood by all.

Which signs are ADA compliant, and which ones aren't? Here's a quick look at the overall ADA sign requirements you'll need to follow.

If a sign has raised characters or Braille, it should go on the same side of the door as the latch. The characters on the sign should be no less than 48 inches off the floor, and no higher than 60 inches.

You'll need to place the sign so that people can stand and read it easily without impeding the door opening or closing. If you hang a sign overhead, it needs to be at least 80 inches off the floor.

Doors that swing outward need signs that are mounted next to them. If the door swings inward, you can place the sign on the door, as long as it meets certain requirements. For example, the door has to automatically close without a "hold open" button.

The design and contrast of the lettering on the signs also need to be easy to read. Both the letters and the sign background have to have a non-glare surface so reflected light won't interfere with readability.

Any pictograms on the sign, such as the images to represent restroom genders, also need to have an appropriate contrast.

Raised letters and Braille ensure that vision-impaired people can read your signs.

So that they'll be easy to read, the raised letters need to be all uppercase and in a simple, sans-serif font. The letters should be at least 5/8 an inch but no larger than two inches. And they should be placed alongside Braille text, with rounded dots, not squared ones.

Overhead signs don't need to have raised letters and Braille. Only the signs that can be reached by people on the ground need to have these features.

Is Your Business ADA Compliant?

ADA signage requirements exist to help make sure all businesses are accessible to all people who might want to use them. These laws aren't in place to punish you. Instead, following them can benefit you by opening up your business to new clientele.

Do you need to update your signs after reading this post? Check out our signage solutions here.

what our customers say

I truly appreciated the way that the team consistently responded back to emails/calls in a timely manner. The process from placing the order to pick-up was seamless. Excellent customer service and beautiful product.

Very appreciative of Mallory and the staff at image360 helping not once, but twice, with a quick turnaround with my requests. Both service and quality was excellent. Thank you again.

Tremendous person to person experience. Always pleasant, product is precisely what I order and the prices are overly reasonable. My business relationship goes back decades through at least a dozen different organizations. EXCELLENT BUSINESS!

10 Holiday Street, Baltimore MD 21202
REQUEST A QUOTE OR CONSULTATION
sign up for our e-newsletter

©2020 Sign & Graphics Operations LLC. All rights reserved. The trademarks and copyrighted designs contained herein are the property of the respective owners. Image360® is independently owned and operated. Image360® Centers may or may not perform or offer to perform electrical and/or installation work. If your local center does offer these products and/or services, it is their responsibility to comply with all state and local licensing and regulation code requirements. Your local Image360 can inform you if they perform this work, and if not can refer you to another qualified entity.